This site uses cookies to provide services, customize ads, and analyze traffic. By using this site, you agree. (More information)
Back to list 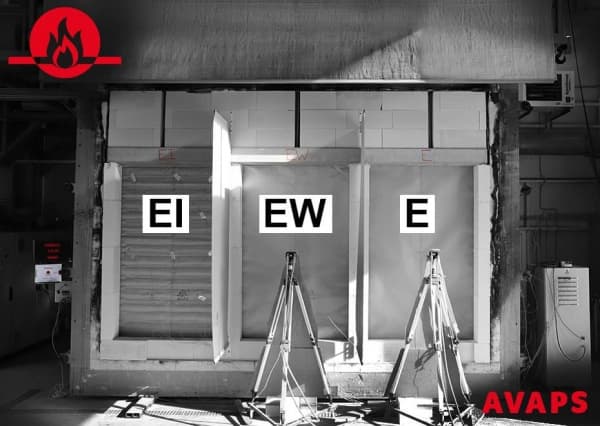 Example test of the difference between the resistance of EI, EW and E

The AVAPS fire testing laboratory offers an indicative assessment of fire resistance with a detailed record of the course of the fire test to all manufacturers and suppliers of construction products with fire resistance.

On September 3, 2020, a special demonstration test of fire resistance for members of the Fire and Rescue Service - HZS Prague took place in our fire testing laboratory. A total of three samples of different textile materials with different properties were prepared. These were the development substances of the company AVAPS s.r.o., which are not currently used in our products, samples can be seen in the following figure, including their limit states. The test took place in Klecany in a fire test laboratory on a wall furnace measuring 5 × 3.5 m. The test was started at 9 hours and 48 minutes, lasted 45 minutes and took place according to the standard temperature fire curve.

Each sample had different fire protection properties (limit states) and it was literally possible to try the difference between products with limit states EI, EW and E on your own skin.

What do the individual limit states mean?

E - Integrity
Loss of integrity occurs due to the formation of cracks and holes exceeding certain dimensions or the ignition of an unexposed surface. For example, a hole larger than 25 mm or a crack or joint larger than 6 mm and 150 mm long must not be created at any point. Furthermore, there must be no continuous flame burning on the side facing away from the fire lasting more than 10 seconds. Neither the amount of radiant heat transmitted nor the surface temperature on the averted surface is limited.

EW - Radiation integrity and limitation
In addition to the property "E - Integrity" described above, the property "W - Radiation" must also be met. The element meets this fire resistance if the radiant flux (radiation) at a distance of 1 m from the surface facing away from the fire is less than 15 kW / m2. By limiting the radiant flow, the probability of fire transmission and ignition of materials in the adjacent fire section near the fire shutter is reduced.

EI1, EI2 - Integrity and Insulation Ability
In addition to the property "E - Integrity" described above, the property "I - Insulation capacity" must also be met. In this case, the average temperature on the unexposed surface of the fire dividing element (eg blinds) must not increase more than 140 °C. At the same time, the temperature must not rise by more than 180 °C at any place. An exception is the milder classification EI2, when the limit value for a temperature increase of 180 °C is increased to 360 °C in some places. However, the surface temperature is always assessed directly (ie by touch).

The individual samples were separated from each other by fire-resistant curtains in order to avoid their mutual influence.

The heat flux, which can be felt on the other side of the textiles, was demonstrated by means of plastic cups placed at a distance of about 15 cm from the samples.

The following table describes the behavior of the individual plastic cups:

The following graph shows the temperature observed inside the furnace during the test. The red curve is required - the standard temperature curve and the average temperature from all 12 furnace plate thermocouples is highlighted in green.

The following graph shows the course of radiation on samples E and EW, including the maximum value - 15 kW / m2.

The doors of the Fire Testing Laboratory are open to all those interested in indicative tests of fire resistance of building materials.